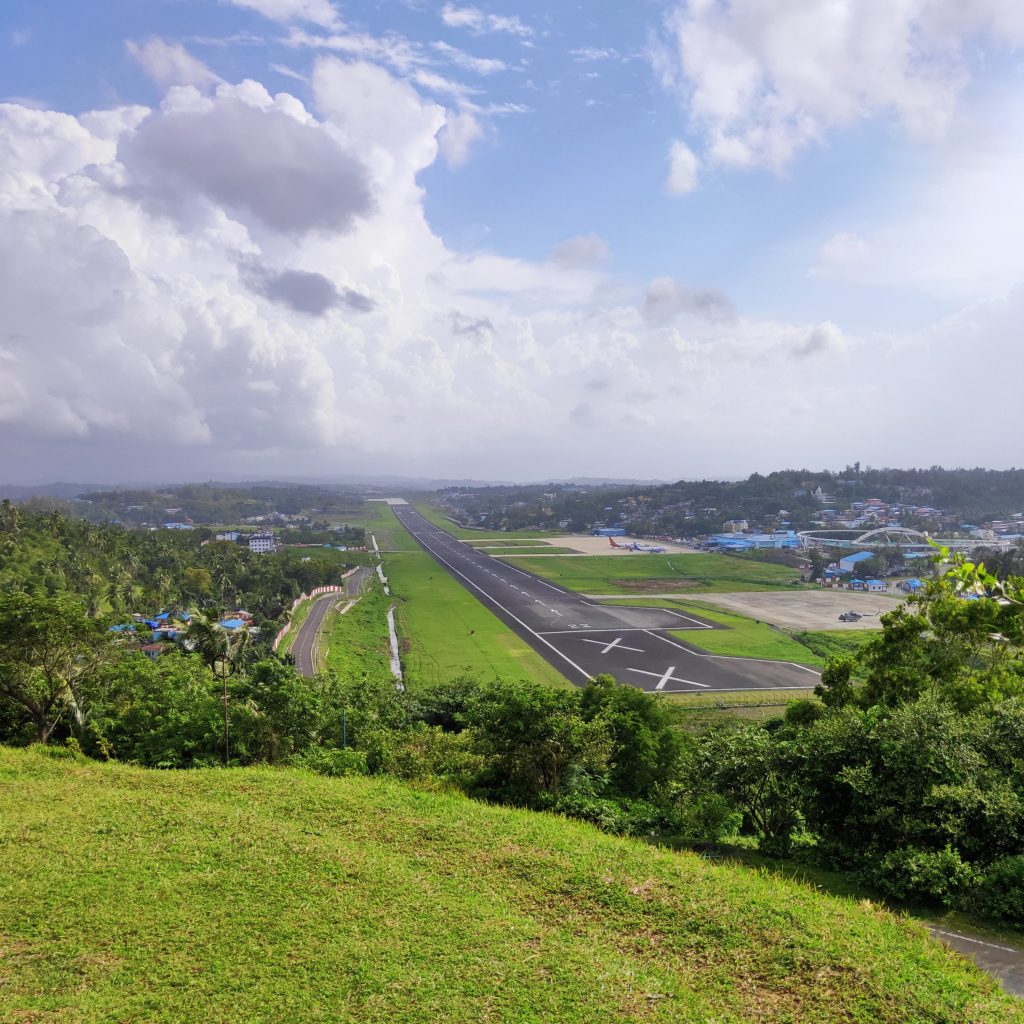 Burrell Aviation believes that the solution to the market dislocation previously identified resides in significantly heightened use of smaller municipal airports that lie in close proximity to major population centers. By contracting with The Burrell Group, these airports can further develop their properties to expand their economic potential and spur growth in the local community, while alleviating pressure imposed on major hubs struggling to keep up with the relentless pace of e-commerce.

Burrell Aviation’s solution requires the development of significant new infrastructure at nearby regional airports that would require a cargo aircraft to divert only a few minutes away from the major hub destination it traditionally relied upon. Burrell Aviation’s product offers an accessible, open runway with logistical infrastructure and equipment ready to immediately off-load cargo within minutes. This affords air freight businesses an alternative with substantially lower costs of both fuel and hangar space and, perhaps most importantly (in light of the growing emphasis on speed in the delivery of goods), relieves them of the uncertainty of delays at major airports.

Burrell Aviation’s strategy offers myriad benefits, both public and private. As stated above, the public benefit is derived primarily by reducing congestion at major hubs. Additionally, ancillary public benefits include (but are not limited to) economic development and job creation in often underserved local communities, increased support for rescue operations, and technical flight training opportunities for commercial, private, and governmental aircraft.

The private benefit comes in the form of mitigating the supply chain “bottleneck,” thereby allowing large companies to regain their optimal efficiency in delivering products to their customers. These regional airports are more or less co-located with their better-known, major metropolitan counterparts, with whom The Burrell Group also intends to coordinate and cooperate strategically.

The Burrell Group’s evaluation process to vet this strategy has been conducted in coordination with CBRE’s Special Use Industrial Practice Group, as well as other leading aviation consultants, government officials, local city/county commissions, the aviation director at each proposed airport location and prospective clients. Overwhelmingly, these stakeholders have concluded that Burrell Aviation’s strategy serves both public and private needs in a meaningful and strategic capacity. 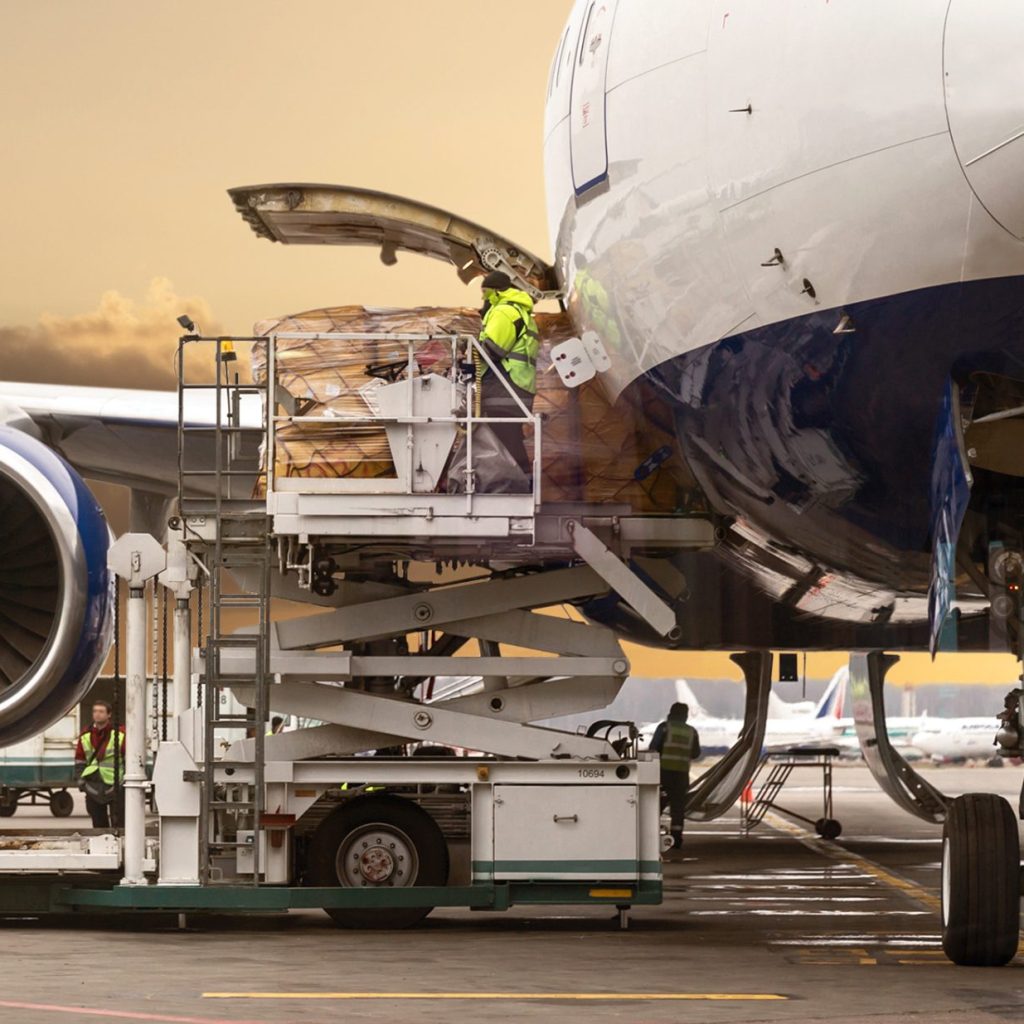 The business lines emphasized by Burrell Aviation have undergone a thorough due diligence process and are validated by current market trends and data. The feasibility studies that have been prepared indicate a market that is characterized by high absorption rates, extremely low vacancy rates and a high-quality service level for the categories listed below.

Burrell Aviation’s core business lines are air cargo, storage (cold and dry), private hangars, maintenance and repair hangars (“MRO”), and distribution/transit trucking centers. In addition to these, Burrell Aviation is exploring other business lines that may be of use and service to the subject properties enumerated above, such as serving as a secondary landing option for cargo flights scheduled to arrive at metropolitan hubs that have encountered unexpected delays and must divert to meet delivery timelines (as just one example).

As further validation of Burrell Aviation’s core business lines, there are countless independent industry reports confirming the demand characteristics associated with them. For example, according to The Insight Partners, “The air cargo market is expected to grow from US$ 130.19 billion in 2021 to US$ 223.29 billion by 2028; it is estimated to grow at a CAGR of 8.0% from 2021 to 2028.” Since the pandemic, cold storage in particular has experienced substantial capacity issues, and the projections for growth were encouraging even before COVID-19. Grand View Research reports that “The U.S. cold storage market size was valued at USD 15.26 billion in 2018 and is expected to expand at a CAGR of 3.7% from 2019 to 2025.”

Beyond the core business lines identified above, Burrell Aviation will seek out and pursue any opportunistic and financially accretive solution in the aviation market that expands the Company’s portfolio of services to existing or new clientele and complements the primary business lines. 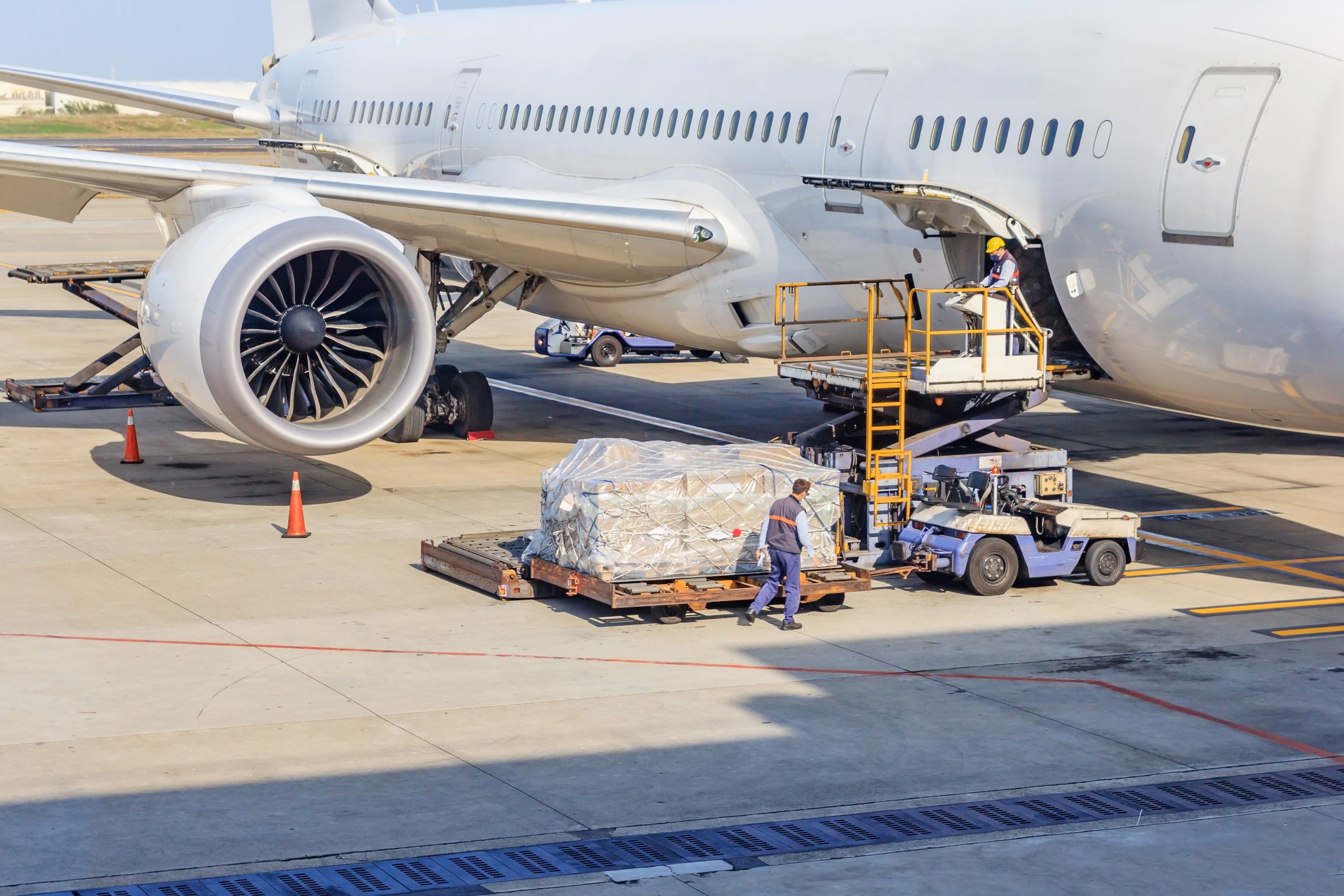 Burrell Aviation is committed to working in coordination with federal, state, and local authorities to:

Burrell Aviation views ideal airport candidates as those that are municipally-owned, have runway capacity of at least 7,000 feet in length, and are strategically located in close proximity to major population centers. To achieve maximum success through this strategy, airports must have sufficient access to roads that offer direct connectivity to interstate highways, and ideally intermodal rail. Of further benefit (though less of a requirement for Burrell Aviation to proceed at the site) would be “international freetrade zone” status. 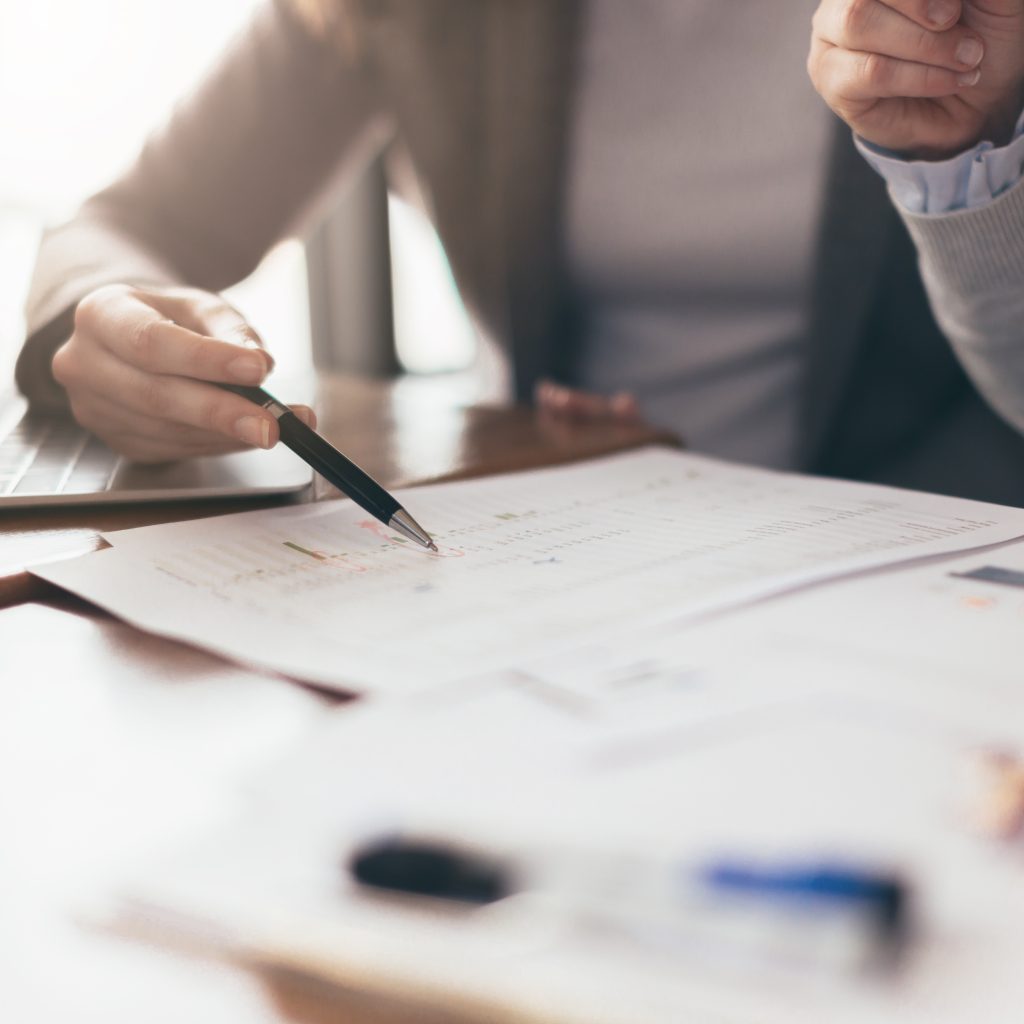 Feasibility Studies and Due Diligence

As stated above, the Company has commissioned comprehensive feasibility studies with respect to the targeted regional airports. These feasibility studies have been coordinated by CBRE’s Special Use Industrial Practice Group, with significant support from other leading aviation consultants, government officials, aviation staff at each proposed airport location and prospective clients. The conclusion of these studies and the common theme is that demand is unfulfilled, and furthermore, that the Burrell Aviation strategy is not only timely, but will advance both the public and private interest. 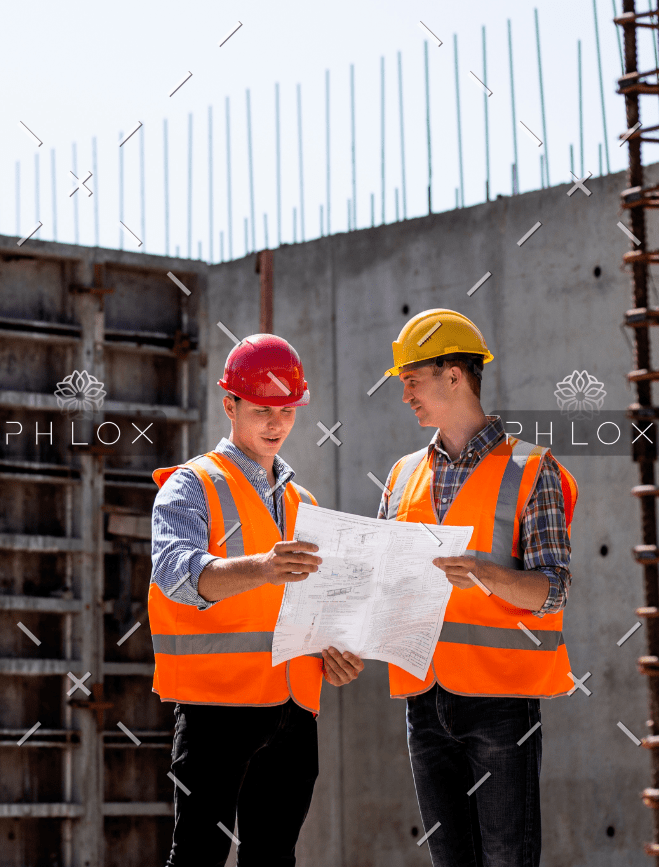 For the purposes of facilitating a ground lease arrangement, Burrell Aviation works closely with municipalities, their governing bodies, aviation directors, local political representatives, and the state. Burrell Aviation’s initiative has elicited a favorable reception from these parties, and has produced successful negotiations with many airport locations that have led to specific long-term ground lease terms. Burrell Aviation will occupy only a piece of the municipal runway space, will manage the development of the necessary airport infrastructure, and will maintain control over operations only with respect to its leased real estate. The proposed ground leases are structured in such a way as to provide Burrell Aviation 30 years of use, with two ten-year extension options that can be exercised at the discretion of Burrell Aviation. The subject airport retains full ownership of Burrell Aviation’s leased property throughout the term of the ground lease. Any interest Burrell Aviation maintains in occupying, managing, and operating its airport parcel(s) will terminate upon expiration of the lease. Such ground lease terms are aligned with industry standards for lease arrangements of this nature, and ground lease rent payments will be payable from revenue generated from each project. Burrell Aviation’s lease structure encompasses “on-runway acreage,” as contracted with each individual airport. However, the Company is flexible in its lease structuring to ensure that each particular site is served to the greatest extent possible by this unique arrangement. The ground leases Burrell Aviation is executing constitute a public/private partnership with each subject airport, offering significant benefits to such airport partner, its local community, and the general public. A sample ground lease has been provided as a separate attachment to this presentation