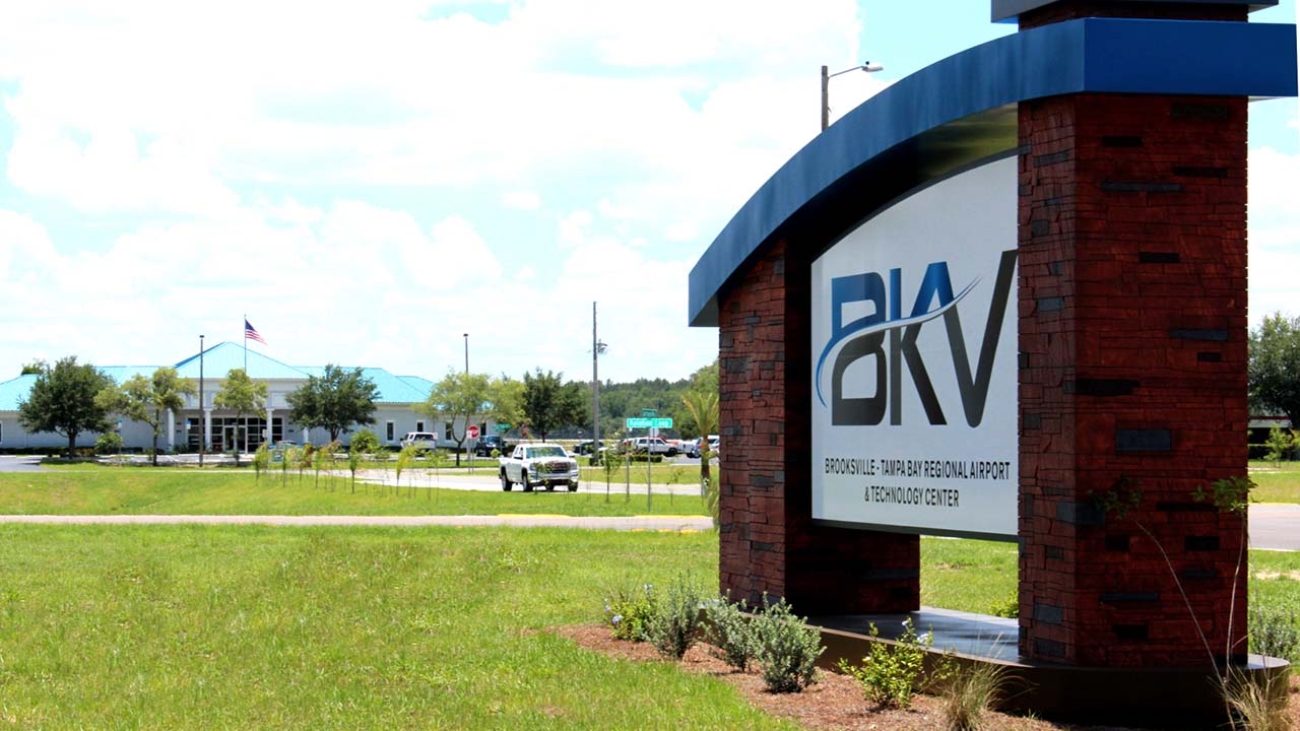 Addressing the Hernando County Board of County Commissioners on April 12, 2022, John Rodstrom, Burrell Aviation’s chief of financial services, stated, “What really kind of led us here was COVID; what it did was unlock e-commerce in this country like we’ve never seen in our lifetime.” He added, “We don’t think that genie’s going back in the bottle.”

Burrell Aviation was formed to meet the surging demand for air cargo, freight and logistics solutions in the continental United States, Mexico, and Canada through a public-private partnership model. The company’s core business lines are air cargo, storage (cold and dry), private hangars, aircraft maintenance and repair (MRO) and distribution/transit trucking centers. In addition to these, Burrell Aviation continues to explore other complementary business lines.

To counter supply chain strain and congestion at major airport hubs, Burrell Aviation determined that smaller, more easily accessible municipal airports represent an unprecedented opportunity. The company has targeted Florida as one of the states for the initial build-out of its air cargo ecosystem. Among general aviation airports evaluated in Florida, BKV was identified as prime for development and investment. Its strategic location, infrastructure investment, relationships with funding agencies and successful technology park were factors in choosing BKV as an initial site. On the reasons they chose BKV, David Goldschmidt, Burrell Aviation chief executive officer,  told the Board of County Commissioners, “It’s through growth in Hernando County and the Florida market as well as the great efforts and support by Valerie Pianta and her team and (the ease of) working with your county.”

Proximity makes BKV a sound choice to relieve cargo congestion from Tampa International and Orlando International airports. Other elements such as an air traffic control tower, ample runway length and significant airfield capabilities also ensure that the airport is well-positioned for this type of growth. According to Hernando County Administrator, Jeff Rogers, “To get to today, the county has been investing, for many years and millions of dollars in funds from the DOT, FAA and the county not only for runways but also the roadways next to it and the extended infrastructure.” Rogers added “We believe strongly in Burrell Aviation. We view this project as a partnership for the future.”

Valerie Pianta, economic development director said, “We are delighted to have worked with The Burrell Group for the past year on this significant aviation project; the spirit of collaboration for it to come to fruition this quickly has been evident. I look forward to future work with the Burrell Aviation team.”